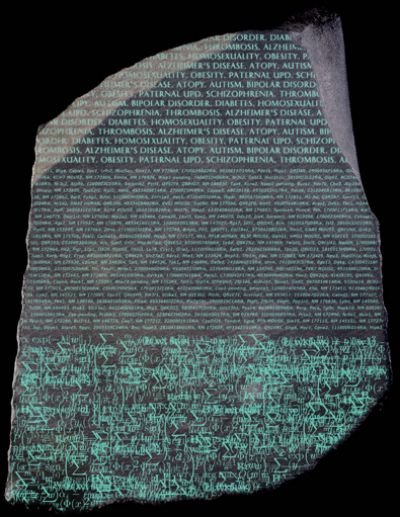 Cover Legend
Just as the discovery of the Rosetta Stone in 1799 by Napoleon's troops enabled Egyptian hieroglyphics to be deciphered, mathematical bioinformatic techniques have allowed the imprint status of a gene to be predicted from cis-acting genomic motifs. This resulted in the genome-wide identification of genes in the mouse with high probability of being imprinted, and allowed for the identification of putative candidate genes for complex human disorders where parent-of-origin inheritance is involved. Cover design by James V. Jirtle (Webwiz Design).