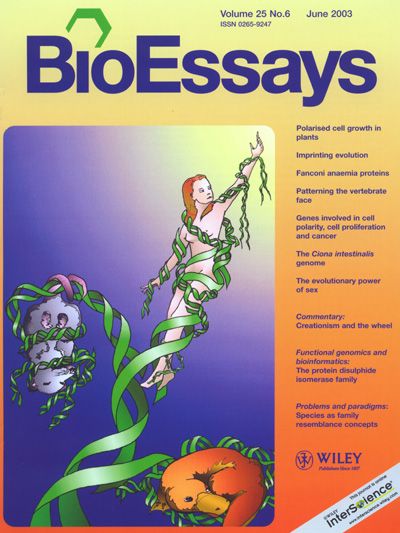 Cover Legend
"Gene Tree," by Bang Le, depicting members of the three major mammalian groups in a symbolic evolutionary tree. In this issue of BioEssays, Murphy and Jirtle describe the evolution of genomic imprinting and the ramifications of this unique form of gene regulation. Current evidence suggests that genomic imprinting arose in a common ancestor to the Therian mammals since Prototherian mammals are not imprinted. Interestingly, humans do not exhibit imprinting for several loci that are imprinted in other species, supporting the postulate that imprinting mechanisms continue to evolve.